We are honored and proud to be members of the Duchenne muscular dystrophy (DMD) community – one that is built on strength and determination. We strive to discover, develop and bring to patients therapies that will make a meaningful difference in the lives of those who are affected by this debilitating disease.

Clinical trials are designed to assess the safety and efficacy of potential new treatments and are an important part of the process of bringing these treatments to the community. We are grateful to the patients, families, and clinicians who participate, as each person’s contribution matters tremendously. 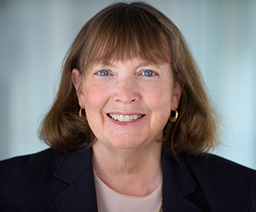 A word from our Chief Medical Officer, Dr. Joanne Donovan: "We understand that the decision to involve your child in a clinical trial is important and often difficult to make. We are continuously looking for ways to make participation in our trials easier on the whole family and are working with the community to make this possible. If you have suggestions or questions specific to our trials, please feel free to email us at DMDtrials@catabasis.com. If you are interested in learning more about edasalonexent and the Phase 3 POLARIS DMD trial, you can sign up here.

What are the plans for the Phase 3 POLARIS DMD trial for edasalonexent in Duchenne?

We are planning to start a single global Phase 3 trial called POLARIS DMD in Duchenne to evaluate the efficacy and safety of edasalonexent. We are preparing to initiate the POLARIS DMD trial in the second half of 2018. The trial is anticipated to enroll approximately 125 patients ages 4 to 7 regardless of mutation type who have not been on steroids for at least 6 months. The trial is planned to be randomized, double-blind and placebo-controlled with 2 boys receiving edasalonexent for every 1 boy receiving placebo. The primary endpoint for the trial is anticipated to be change in North Star Ambulatory Assessment after 12 months of treatment with edasalonexent compared to placebo. After 12 months in the study, all boys are expected to receive edasalonexent in an open-label extension. We expect to have POLARIS DMD clinical trial sites in North America, Europe and Australia. The list of recruiting sites will be shared closer to the start of the study.

Edasalonexent (formerly known as CAT-1004), is an oral medicine that inhibits NF-ĸB and is a potential treatment for DMD. In boys with DMD, the absence of dystrophin combined with mechanical stress in muscle leads to an activation of NF-ĸB. Activated NF-ĸB drives muscle damage and prevents muscle regeneration. Edasalonexent is an investigational drug that has not been approved by the US Food and Drug Administration. Edasalonexent is not a corticosteroid.

What is the MoveDMD trial?

The MoveDMD clinical trial of edasalonexent (CAT-1004) enrolled boys ages 4 to 7 with DMD (any confirmed mutation) who had not used steroids for at least six months prior to the trial. The purpose of the trial was to investigate the safety and efficacy of edasalonexent in DMD and was conducted in three sequential parts: Phase 1, Phase 2 and an open-label extension, which is on-going.

Following completion of the 12-week placebo-controlled Phase 2, patients are continuing on open-label edasalonexent.

What were the requirements for participating in the MoveDMD trial?

The key inclusion and exclusion criteria and additional details about this clinical trial are available at https://clinicaltrials.gov/ct2/show/NCT02439216?term=cat-1004&rank=4.

Which centers are participating in the clinical trial?

What are the results from completed clinical trials with edasalonexent in DMD?

Additionally, supportive changes in non-effort based measures of muscle health were seen, with significant longer-term reductions in muscle enzymes and C-reactive protein (CRP), supporting the durability of edasalonexent treatment effects. Edasalonexent continued to be well tolerated with no safety signals observed in the trial.

In the 12-week Phase 2 trial of edasalonexent treatment in boys affected by DMD, numerical improvements were observed in well-established and pre-specified functional assessments. These numerical improvements in the functional assessments demonstrated reductions in the rate of functional decline in two pre-specified comparisons, compared to placebo and compared to the off-treatment control period. Importantly, the functional assessments tested have precedence as endpoints in pivotal trials in DMD. The primary endpoint in the 12-week Phase 2, which was an exploratory MRI biomarker endpoint, was not met. Edasalonexent was well-tolerated with no safety signals observed.

In Phase 1 of the MoveDMD trial in boys affected by DMD, edasalonexent was well tolerated, there were no safety issues, the pharmacokinetics were in line with what we expected, and biomarker results demonstrated inhibition of NF-ĸB activity.

In Phase 1 clinical trials with edasalonexent in adults, edasalonexent consistently inhibited NF-ĸB and was well-tolerated. There were no safety concerns identified.

Catabasis is committed to developing safe and effective therapies for patients with rare diseases. To do this, we conduct clinical trials to evaluate the safety and efficacy of investigational medicines to obtain the necessary marketing approvals that allow patients broad access to these medicines.

In some extreme circumstances, patients with serious diseases may seek access to investigational therapy outside of a clinical trial setting. These situations are typically referred to as expanded access or compassionate use.

When considering whether to support expanded access of an investigational therapy, a number of factors consistent with the US Food and Drug Administration guidelines should be taken into account. These factors include:

If you have additional questions, please speak with your treating physician or contact DMDtrials@catabasis.com. We anticipate acknowledging receipt of any expanded access inquiries sent to this email address within five (5) business days.

Consistent with the 21st Century Cures Act, Catabasis may revise this policy at any time.